Written By: Jared B. Foley

Recently, the New York Court of Appeals recognized the consensus of cognitive and social psychologists that the likelihood of making a mistaken identification is significantly higher when the witness is identifying someone of another race. This is of crucial consequence in the criminal context since mistaken eyewitness identifications are the single greatest cause of wrongful convictions in the country, responsible for more wrongful convictions than all other causes combined.

In People v. Boone, the Court of Appeals held that “when identification is an issue in a criminal case and the identifying witness and defendant appear to be of different races, upon request, a party is entitled to a charge [or instruction] on cross-racial identification.” 2017 Slip Op. 08713 (Dec. 14, 2017). A charge on the cross-race effect should instruct:

(1) that the jury should consider whether there is a difference in race between the defendant and the witness who identified the defendant and (2) that, if so, the jury should consider (a) that some people have greater difficulty in accurately identifying members of a different race than in accurately identifying members of their own race, and (b) whether the difference in race affected the accuracy of the witness’s identification.
In this decision, the Court ordered a new trial for an African American defendant who did not receive a charge on cross-racial identification, and was convicted of robbery solely on the basis of identifications by white witnesses.

With this holding, the New York Court of Appeals joins the High Courts of several other states (New Jersey, Hawaii, and Massachusetts) that have considered the significance of the cross-race effect and required that trial courts, in appropriate cases, instruct juries regarding the phenomenon. 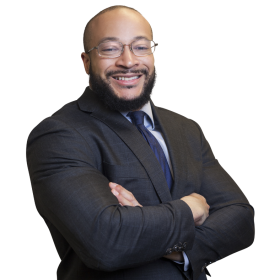