E.U. Whiskey Tariffs Are Lifted, But the Industry is Still On the Rocks 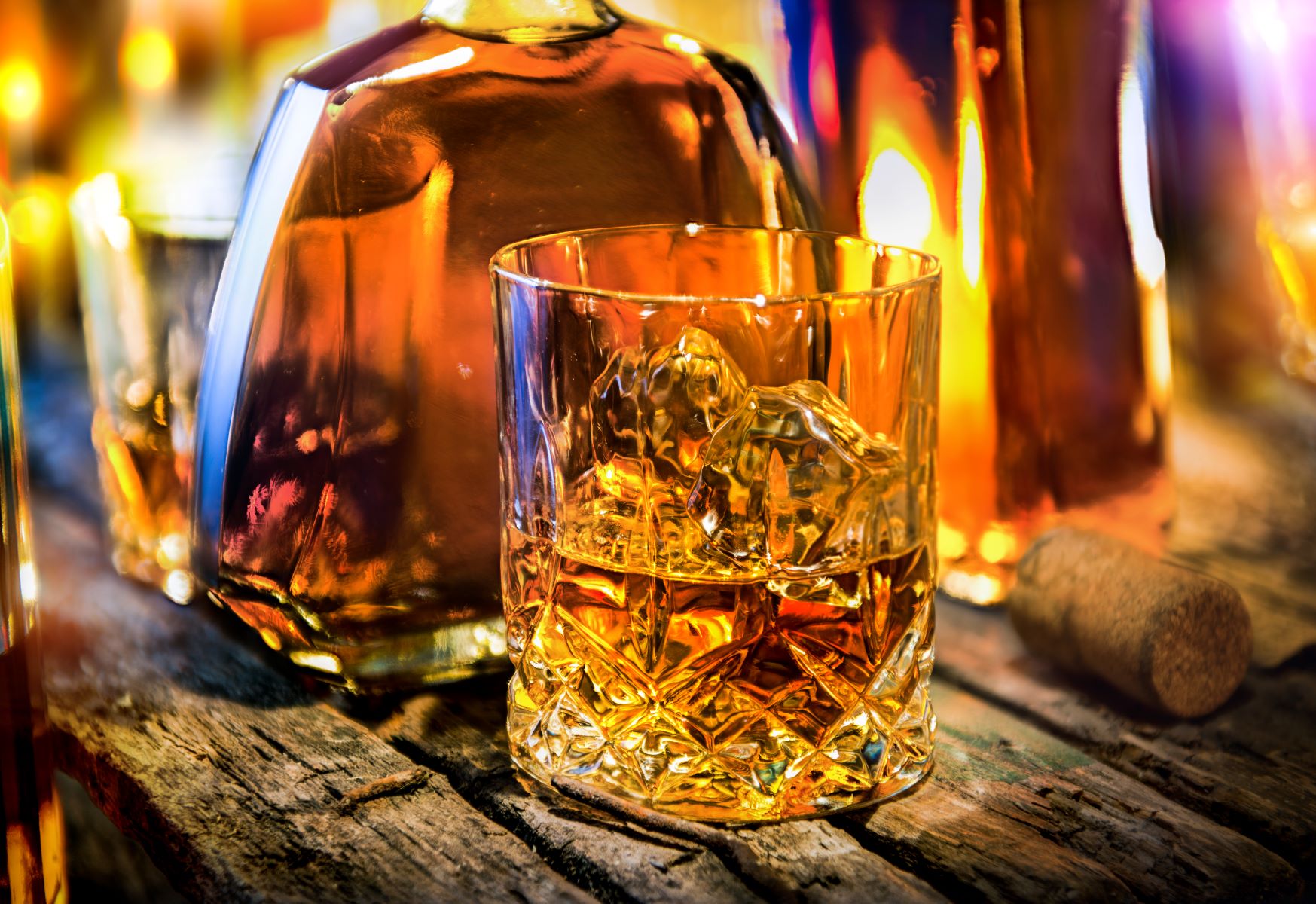 The whiskey market is eager for a return to form. In 2018, in response to the U.S. steel and aluminum tariffs targeting the E.U. and ordered by former President Donald Trump, the European Commission imposed a retaliatory 25% tariff on some key American goods, including U.S. distilled bourbon and whiskey. The popular aged American spirit has a healthy foundation of sales within the states and abroad, and still sees year over year growth, reaching $4.3 billion in revenue in 2020. Even so, the industry at large relies on a stable synergy between the U.S. and E.U. markets. Of the top 10 importers of U.S. whiskey, five are E.U. member nations; of the nearly 116 million liters represented in the top 10, said nations accounted for over 50% of that export volume. A whiskey tariff, naturally, is a major blow.

Thankfully for distilleries and whiskey connoisseurs alike, 2022 is bringing about some positive change. With the 2018 European tariff being lifted, American distillers are back in business with Europe. However, the reality of the market is more complex. Many distillers across America are still feeling the impacts of the whiskey tariffs, and even though the tariffs targeted U.S. exports, the entire ecosystem of professional trade relationships between the two markets was disrupted, leaving all distillers with questions marks for the future.

“In spirits, American craft distillers and European craft distillers quite quickly in them setting up shop…look to make the jump across the Atlantic, simply because both markets are huge market, they’re premium markets,” said Ulrich Adam, Director General of spiritsEUROPE, the leading organization representing the European spirits sector. “It’s not that you need to be a huge distiller to start exporting…it’s an integral part to the business model of a premium craft whiskey producer to start exporting trans-atlantically.”

The Downstream Effects of the Tariff
CEO of BarterHouse Imports and Founder of Harlem Standard, Brian DiMarco, is still working to find his footing back in the international market. For him and other craft distillers, the consequences of the whiskey tariffs are price increases and a more cautious market.

“While it may have been a boom to the tax man, it certainly hurt anyone who was looking to make the middle margin,” DiMarco said.

For example, while an importer overseas may still buy products from their regular provider, the volume of whiskey purchased won’t be nearly as bountiful. In fact, Adam explained whiskey orders have decreased by as much as 80%, which has some serious implications for businesses.

“The immediate, terrifying nature of tariffs for producers is that you will need to eat into your margin; this will really hurt your bottom line, and that’s what we’ve been seeing,” Adam said.

Although international producers have seen a larger impact in production demand simply due to scale, the craft distillers have taken the brunt of the burden. Adam described the reason for the phenomenon as so: craft distillers, early on in their business, aim to have their products in foreign markets as a specialty drink that is featured in large, big-name cities and high-end bars. However, once the tariff was imposed, almost immediately overseas orders and/or expansion plans were cancelled. Gallet Dreyer & Berkley’s Partner Asher Rubinstein, an asset protection and offshore compliance lawyer with expertise in food, wine, restaurant and hospitality law, also noted the significant decrease in international orders.

“The U.S. whiskey exports to Europe declined by as much as 1/3 to ½,” Rubinstein said. “Unfortunately, the problems don’t stop there either now that the tariff has been revoked.”

Can’t Businesses Just Go Back to Normal?
Since small distillers have had to pivot and focus on growing domestic sales, breaking back into international markets won’t be easy. The reasoning, according to Rubinstein, is simple: businesses stocked their shelves with domestic product versus international ones because of the whiskey tariffs, and still have that inventory to prioritize and sell.

The solution will need to be a multi-pronged approach of keeping domestic sales, reacquiring the former international business, and pursuing additional foreign products. However, building relationships and overcoming the world-wide logistical issues will be the biggest obstruction to businesses gaining back their ROI.

“There may be a decrease in the cost of paying for tariffs now, but that seems to have been overshadowed by the increases in transportation costs and shipping costs,” Rubinstein said.

Factors Affecting International Trade in 2022
DiMarco agreed that the shipping crisis is preventing the world from returning to business as normal. He explained how pre-pandemic, a container would have typically cost between $2,200-$3,000, but now it’s $8,000-$10,000.

“If my glass costs me more, then the product costs more, the tariffs go away, it doesn’t change the fact that the shipping is still messed up,” DiMarco said.

These two facts alone are just two reasons why the world is seeing such drastic price increases. Additionally, it’s also why it’s not easy for distillers to return to the same operations as before. Additionally, Rubinstein warns that although the initial tariff has been lifted, there are still underlying trade disputes occurring on steel, aluminum, airlines, digital services, and more that need to be settled. Most of these were what Rubinstein called “tit for tat tariffs” where country B responds to country A’s tariff with another tariff, and so the cycle continues.

On top of that, he agreed with DiMarco that the logistical issues still need to be addressed and added that, come the next presidential election in 2024, it’s possible the tariffs could even be reimposed. Rubinstein ultimately advises his clients to proceed cautiously and take advantage of the lack of whiskey tariffs today, but still prepare for the possibility of reactionary tariffs happening again.

The Future of the Whiskey Industry
Bourbon and whiskey are extremely popular across Europe, making Adam and market analysts believe that the market will rebound in the next five years. Consumer preferences, premiumization, purchasing power and demographics are all reasons for this prediction of a switch to more aged spirits like whiskey.

“One country where we’re seeing a broader switch in spirits consumption preferences is, for instance, Poland, which traditionally like many eastern European countries is primarily a vodka market. There, we’re seeing growing appetite for aged spirits, and in particular whiskey

Adam sees American bourbon and whiskey as having a prominent seat at the table, especially because of their lower price ranges.

“There’s a free market; everyone is invited to come and sell and rise and shine … That’s what the previous fair trade experience taught us,” Adam said.

Overall, the industry expects to see a positive growth period for whiskey demand over the next five years, as indicated by the graph below provided by Statista.

It’s clear that detailed planning is necessary when dealing with these issues, especially with the unpredictability of global trade relations. For now, a multi-pronged market approach seems to be the resounding advice.

“We want to keep robust domestic sales as a result of the pandemic…we also want to reacquire the European market we had prior to the imposition of the tariffs, and we want to expand into new markets whether in India, Asia, or the Americas,” Rubinstein said. “In order to do that, distilleries in America are going to need the right relationships as well as they’re going to need to overcome the shipping and the logistical kinks that are the products of two years of COVID.”