Readers of this blog understand that “no damage for delay” clauses make it extremely difficult for contractors to recover delay damages from an owner for such things as material escalations, labor inefficiencies and extended general conditions—even where the owner was the cause of the delay. Case law over the last 35 years has made it clear that these clauses will be enforced, even if the contractor has suffered serious economic harm.

Recognizing some unfairness, the courts have carved out some very limited exceptions, including where the party seeking protection from the delay claim was “grossly negligent.” But this term has always been defined to mean “a reckless disregard for the rights of others [which] smacks of intentional wrongdoing.” Proving that a contracting party intentionally delayed you is almost impossible, and successful delay claims have been reduced to a trickle in the face of “no damage for delay” clauses.

Courts have highlighted the futility of such claims stating: “Plaintiff’s allegations amount to [merely] ‘inept administration or poor planning’ and do not constitute …gross negligence.” Clearly, “gross” negligence is more than just a heightened degree of negligence. As a result, these cases rarely get to the jury, because the courts throw them out on summary judgment. 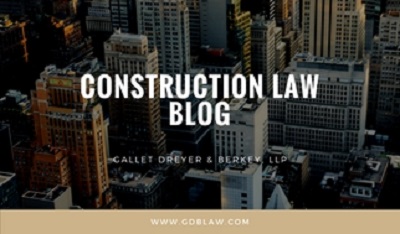 But in a recent case, the appellate court agreed that a jury should be allowed to decide if a company was grossly negligent where it failed to follow its “current existing protocol” and “actively disregarded its own policies.” The facts were complicated and need not be set forth at length here. Basically, a consortium of companies joined for the purpose of submitting a proposal to build and finance a highway project in Chile. It was later discovered that their proposal misconstrued the timing for the commencement of toll revenues and their anticipated revenue was going to fall short by some $84 million. Upon learning of this anticipated shortfall, the consortium pulled out of the project and forfeited its bid bond. Litigation that ensued came up against exculpatory clauses which capped liability for ordinary negligence. As with “no damage for delay” clauses, the only way around was to prove “gross negligence.”

The court held that while gross negligence required proof of a reckless disregard for plaintiff’s rights, that standard could be met by a demonstration that defendant had actively disregarded its own internal policies. It found that the evidence indicated that the defendant had policies in place to audit the proposal accounting four times (a “four-eye approach”) which it did not follow. It also permitted senior team members to be absent when these audits were performed, allowing them to be conducted by individuals who lacked the necessary experience, knowledge and expertise to perform those functions.

Perhaps the door to recovering delay damages under the “gross negligence” exception has been cracked open a bit more. Only time will tell.

Further information on damages for delay can be found on our blog:
Damages For Delay? - Still No