The Federal Trade Commission (FTC) has recently signaled a new drive to bring federal enforcement action against franchisers who violate the franchise disclosure rules by engaging in misleading sales practices.

On Feb. 7, the FTC filed U.S. v. Burgerim Group USA Inc. against the fast-food burger franchiser and its owner Oren Loni, in the U.S. District Court for the Central District of California for using misleading sales practices to sell more than 1,500 franchises.[1]

The FTC's Burgerim lawsuit, as well as the enforcement action taken by state regulators against Burgerim, provide important lessons for franchisers about the types of sales practices that franchisers must scrupulously avoid to prevent getting into legal trouble.

This is the first time the FTC has taken enforcement action against a franchiser since 2007. In contrast, from the period 1993 through 1999, the FTC filed 20 franchise court cases, according to a U.S. Government Accountability Office report.[2] And in 2006 alone, the FTC brought six court cases against franchisers for violation of the Franchise Rule as part of a government sweep.[3]

After the lawsuit was filed, Lina Khan, chair of the FTC, announced the agency's new approach in a tweet:[4]

This action — our first under the Franchise Rule since 2007 — reflects a renewed commitment across the agency to protecting franchisees from illegal practices. As part of this work, we're making it easier for franchisees to report predatory practices to us.

Misleading Sales Practices Identified in the FTC's Lawsuit Against Burgerim

In the recent Burgerim lawsuit, in which the FTC is seeking injunctive relief and monetary penalties, the FTC alleges that Burgerim and its owner violated the Franchise Rule and misled franchisees when it sold more than 1,500 franchises, collecting millions of dollars in initial franchise fees which ranged from $50,000 to $70,000 for each franchise, by:

The FTC lawsuit alleges that many franchisees undertook crushing debt and that "although Burgerim pocketed tens of millions of dollars in [franchise] fees, the majority of the people who paid them were never able to open restaurants."

In announcing the lawsuit,[5] the FTC also noted that it has added a new reporting option specifically related to franchises where franchisees can report unlawful practices by franchisers.

Franchise sales in the U.S. are governed by the FTC's Franchise Rule,[6] modeled after the securities laws, which requires franchisers to provide a detailed franchise disclosure document, or FDD, to prospective franchisees. The FDD must contain 23 specific categories of information, referred to as "Items,” including detailed descriptions of the:

At the federal level, the FDD does not have to be filed and approved by any federal agency. There is no private right of action under the Franchise Rule, but the FTC has the authority to bring enforcement action in its own name.

Some states have adopted "Little FTC Acts," which prohibit deceptive and misleading trade practices, and which incorporate by reference the FTC's rules, thereby giving franchisees the ability to sue for violations of the Franchise Rule at the state level.

To sell franchises in those states, franchisers must get their FDD approved by the state regulator and must update the FDD each year — or more frequently if there are material changes during the year.

With respect to Burgerim, four of these states — California, [7] Maryland,[8] Indiana, and Washington — brought legal action against Burgerim in 2020 and 2021 to shut down its franchise sales in those states, even before the FTC's lawsuit this year.

Maryland and California have the reputation for being two of the toughest states when it comes to enforcement of the laws governing franchise sales.

In its announcement of the Burgerim lawsuit, the FTC thanked the California Department of Financial Protection and Innovation and the Office of the Maryland Attorney General for their assistance in the case.

In the state enforcement actions, state regulators described Burgerim's illegal sales practices, which included, In addition to the practices identified in the FTC lawsuit, the following:

According to the findings in the California order, in October of 2019, Burgerim stopped paying its employees and in November of 2019, [its owner] Oren Loni abandoned the corporate office in Encino, California, left the franchise agreements and documents behind, and fled the country. Franchisees were unable to get a hold of Burgerim or Loni.

The California order dictated that Burgerim cease and desist franchise sales in that state and ordered it to offer rescission to all existing franchisees to cancel their agreements and to compensate them for their losses. In addition, it imposed a whopping $4 million administrative penalty, in addition to an award for the state's investigation costs and attorney's fees.

The FTC's Burgerim lawsuit, as well as the state enforcement actions described above, provide illustrative examples of some of the common types of misleading sales practices that often trigger government enforcement action.

The Burgerim story also provides an important lesson for franchisers about how to manage the growth of a franchise system.

Successful franchise systems place heavy reliance on garnering revenue from ongoing royalties as their franchisees increase sales. This approach aligns the franchiser's financial interests in earning royalties with the franchisees' interest in running a profitable business.

In contrast, franchisers that place heavy reliance on garnering revenue from the initial franchise fee are more likely to be overly focused on making the sales as opposed to helping the franchisees succeed.

The Burgerim story is a case study in placing too much attention on making money from selling the franchises instead of investing resources in helping the franchisees to succeed and thereby increase royalties.

According to the state enforcement actions and media reports, including a comprehensive report in Restaurant Business Magazine,[9] Burgerim dedicated almost all of its efforts to increasing franchise sales.

It sold franchises to individuals who could barely afford the initial franchise fee and did not have the financial resources to actually open a store. And, Burgerim did not even bother to collect royalties from its franchisees from 2015 to May 2019.

As a result, these reports explain, it did not have the revenue stream to invest in providing resources and an organization to support the franchisees. Instead, it relied on commission-driven salespeople to generate revenue by collecting initial franchisee fees, who were sometimes overzealous in the promises which they made to prospects.

The Burgerim story is also instructive in terms of the types of financial information which franchisers are allowed to provide to prospective franchisees during the sales process.

Under the Franchise Rule, franchisers have the option to include historical revenue information about their existing franchisees, or projected revenue figures, in Item 19 of the FDD.

Generally speaking, more than half of franchisers provide such information in Item 19 of their FDD. As a result, they are allowed to use this information in the sales process.

This means a franchiser cannot tell a prospect — verbally, in writing, or by telephone, email, or text message — how much money existing franchisees are making. Of course, this prohibition goes against human nature because one of the first questions a prospective franchisee will ask is, "How much money can I make?"

Franchisers who do not provide revenue information in Item 19 are prohibited from answering this question in any form. Rather, the franchiser must tell the prospect that they must do their own due diligence.

All of these statements were illegal, regardless of whether they were true or not, under the prohibitions of the federal and state franchise sales laws, given that Burgerim had opted not to include any historical revenue information in Item 19 of its FDD.

The federal and state enforcement actions against Burgerim provide a useful teaching tool for franchisers by identifying specific sales practices and growth models which franchisers must avoid in order to build a healthy and successful franchise system. 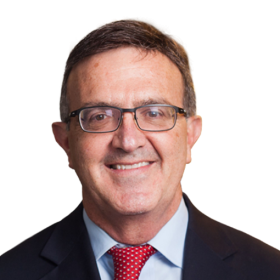