The State of Surveillance: Keeping Safe While Respecting Rights 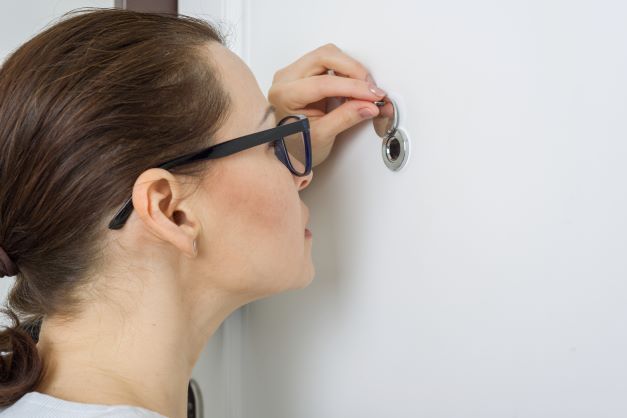 The drop in crime in New York in the last 40 years has been nothing short of miraculous. In the 1970s, the city’s obvious danger was notorious. Muggings were commonplace. Subway cars rolled along the tracks tagged in graffiti and ugly fluorescent spray paint. The murder rate was staggering. Mayor John V. Lindsay, well-intentioned but in over his head, walked the city as if in a daze, and if some enterprising vandal ran up and tagged the back of his suit, no one would have been surprised.

Twenty years later, the situation had improved somewhat, but the criminals were still winning the war. Vast sections of Manhattan were notoriously unsafe at night, to say nothing of the rough-and-tumble outer boroughs. Alphabet City was widely considered a wasteland, neighborhood parents warned their kids not to ever enter there.

In 1991, the city actually closed down Tompkins Square Park because the drug use and attendant crime had become so pervasive. Even 42nd Street, a thoroughfare that was a bona fide Broadway tourist destination, was more renowned for prostitution and peepshows than the long-running show Cats.

Then along came tough knuckle prosecutor Rudy Giuliani, who was elected mayor in 1994, and began an effort to clean up the city. Whether the credit is due to him, his chief of police, the booming real estate market, or all three, New York underwent a radical transformation under his watch that continued with Mayor Michael R. Bloomberg. “New York is the safest big city in the nation, and our crime reductions have been steeper than any other big city’s,” Bloomberg boasted recently. We can look to the FBI’s crime statistics and find that yes, this is borne out—the murder rate, the property crime rate, the assault rate, all of it is the lowest per capita of any city in the country.

The proof is in the real estate market. Critics may lament the “Disneyfication” of Times Square and the Theater District, but there’s no question that it’s safer. Tompkins Square Park has been appropriated by little children and friendly dogs. Fancy restaurants line the cobblestone streets of the Meatpacking District. Hell’s Kitchen, Harlem, Morningside Heights, Alphabet City—all are thriving. Even Bedford Stuyvesant—Bed Stuy—has become a fashionable place to live.

But safety and security does come with a price. We hear a lot these days about the sacrifices and compromises necessary to ensure a reasonable level of personal safety—at airports, sporting events, and other venues; we’re subjected to pat-downs and bag searches that a decade ago would have been seen as invasive and excessive. The same goes for multifamily residential buildings. But where does vigilant security turn into overzealous (and possibly illegal) surveillance? What can boards do to monitor their buildings and hopefully reduce crime and wrongdoing without invading the privacy of residents?

Real estate in New York, and particularly in Manhattan, is among the most expensive in the country. Those fortunate enough to own such real estate have a vested interest in protecting their investment. And even tenants of sublets at less desirable addresses tend to prefer a secure building than a free-for-all. What this means is that boards are almost uniformly pro-security—sometimes at the expense of privacy.

“Most people who live in a residential building want to make sure strange people aren’t wandering about,” explains David Berkey, a partner with the Manhattan-based law firm of Gallet Dreyer & Berkey LLP.

Once a visitor is admitted into a building, “you can’t tell if someone who is in the building really does go to where they’re supposed to go,” he says. Once his business is done, what stops the subcontracted cable installation guy from casing the joint? The most salient example of this is the preponderance of menus from Chinese restaurants. Time was, these colorful pieces of paper were stuffed under the door of every unit in a building. In recent years, as surveillance and security have improved, this has become less of a problem. “Now the menus are left by the entryway instead of by each door,” Berkey says.

While the vast majority of residents want upgraded security, there are still dissenters. “Some people are opposed,” says Tim O’Brien, vice president of operations for Professional Telecommunications Services, Inc. (formerly Criminal Intelligence Administration). “Three percent of residents hate everything. They think Big Brother is watching. ‘They can see when I’m coming and going.’” These concerns are allayed by adherence to the law, and also by the wishes of the majority.

Two forms of security-related technology have become inexpensive enough, and effective enough, to be almost required in residential buildings: surveillance cameras and keyless access systems. The benefits of cameras are obvious: if intruders walk around the building, there will be a video record of them doing so, which law enforcement can use. While that may not stop a crime from happening, it is certainly a deterrent. Burglars, for example, are more likely to hit the building that doesn’t have security cameras than the one that does.

Because of privacy laws (see below), cameras can only be used in common areas: the lobby, the halls, the stairwells, the laundry area, the roof. “If you have them any place where there’s an expectation of privacy,” O’Brien says, “bathrooms, locker rooms where employees might get changed—do not put cameras anywhere near them.”

Even legally installed cameras can cause problems. “Let’s say you put a camera in a problematic stairwell,” O’Brien says. “Teenagers being teenagers, they drink in there, they do drugs in there, they have sex in there,” he says. Leaking of such a video or inadvertent posting on the Internet would be a major problem for any building.

Cameras should never have zoom capabilities. Otherwise, “a security officer gets bored, zooms into the windows—watches people living.” That, O’Brien says, is illegal. Also, audio should never be recorded. Without the consent of one of two parties talking, it’s considered eavesdropping. Even elevators with two-way communication pose a risk of this.

The other piece of technology buildings are using more and more is the keyless access system. Instead of an old-fashioned metal key—which is easy to duplicate, despite the DO NOT DUPLICATE warning written on it—residents use a plastic key fob. Each fob has its own unique ID. “If it’s lost, all you have to do is take the number out of the system, and then it’s like trying to use a plastic water bottle to get in.” Key fobs can also be set with timers, so the fobs given to employees work at three in the afternoon, but not at three in the morning.

There are more high-tech options, too. Buildings with 24-hour security guards can have the key fob pull up the photo ID of the resident, which the security guard would then verify. But most buildings have yet to embrace that level of technology and control.

Security and the Law

There are several legal issues boards must contend with in establishing their building security plan. The first is contained in Article 250 of New York’s Penal Law that concerns privacy rights. “The sections under this article prohibit invasions of privacy through conduct such as eavesdropping, wiretapping, tampering with private communications and unlawful surveillance,” Berkey says. “Specifically, unlawful surveillance involves the illegitimate filming of a person in a place where that person has a reasonable expectation of privacy.”

When a resident is in their own apartment, they can expect that if they choose to, say, dance around in their underwear, they would not be photographed or filmed doing so. It’s when the underwear dance moves to the lobby or the laundry room that the parameters change.

Co-ops and condos, Berkey explains, “are unique in that residents share certain common areas with each other”—the lobby, stairwells, rooftops, hallways, laundry rooms. “In a multifamily building setting, persons do not have a reasonable expectation of privacy in such common areas.” Thus, boards may install surveillance cameras in those common areas. Legally speaking, this action falls under the “business judgment rule.” As long as the board acted in good faith and for the betterment of the residents—installing cameras to make the building safe, and not to film a celebrity resident coming and going and then selling it to TMZ—there is no legal issue there.

A gray area with surveillance is cameras installed in common areas that record activity within a unit. In a February 2012 case, Otero vs. Houston St. Owners Corp., the Oteros sued the management company attempting to recover damages for invasion of privacy when cameras were installed on the premises where they lived as tenants. Berkey says that the court did find that cameras that showed the inside of apartments only when the door was open were legal. But this is a slippery slope best avoided if possible.

“What’s funny is, as more buildings use cameras and keyless access systems, you’re creating a standard within the industry,” O’Brien says. “If your neighbors are doing it and you don’t do it because of cost, you could be found negligent. It’s getting so that now, you have to do it.” 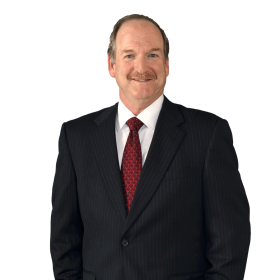 For more than thirty years, Mr. Berkey has been a trusted advisor to numerous cooperative and condominium boards, banks, insurance companies and individuals. Mr. Berkey counsels his loyal clients regarding all issues pertaining to co-op and condo law, prepares their various contracts, handles their transactions and litigates their claims.