You Caught A Historic Home Run Ball. Now Lawyer Up. 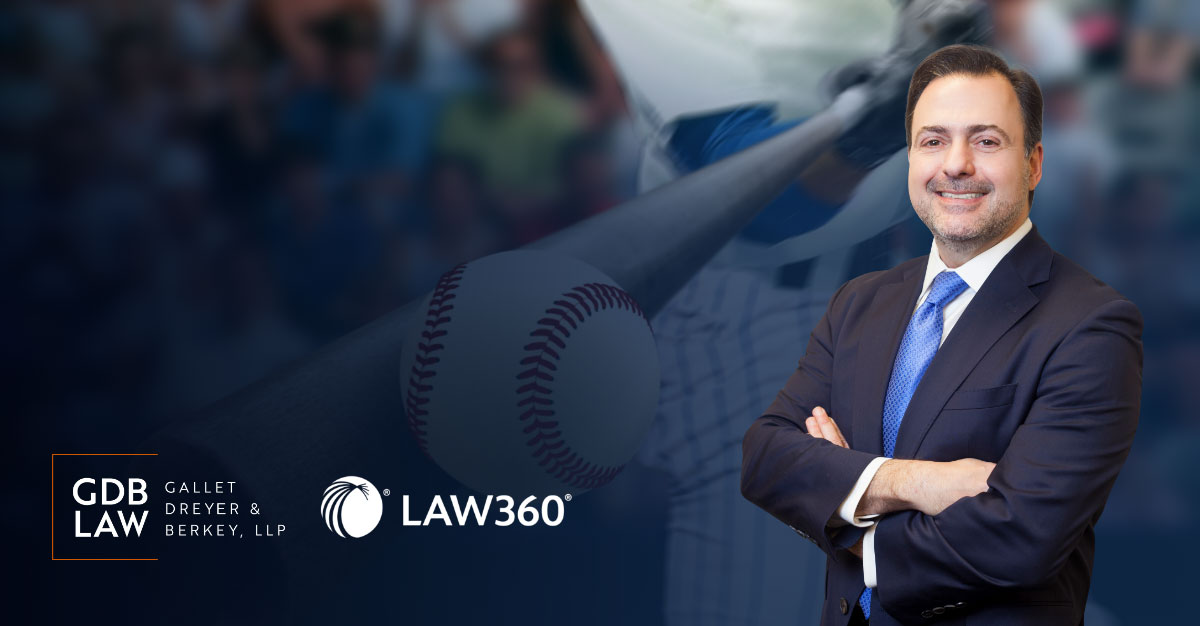 Aaron Judge's run to the American League home run record has packed stadiums with fans hoping to catch a piece of baseball lore, but whoever snags the last regular season dinger from the New York Yankees slugger should probably lawyer up, because with that historic ball will come a bevy of pressing legal questions.

Judge hit his 62nd home run of the season Tuesday night, surpassing fellow Yankee Roger Maris for the AL record, which has stood since 1961. If and when Judge extends his record, the person who secures the ball stands to receive significant financial gain. Memorabilia dealer Probstein Auctions has already offered $200,000 in cash for Judge's 61st home run ball and $250,000 for the home run ball that winds up as Judge's final blast of the regular season.

The final price could climb even higher, and with that hefty price tag will come a slew of legal issues relating to the ownership, authentication, sale and protection of the ball by whoever catches it.

Irwin Kishner, who co-chairs Herrick Feinstein LLP's sports practice, said any fan lucky enough to come away with a historically significant home run ball should strongly consider hiring an attorney as they decide how to proceed.

"The more there is interest in a ball, the higher the price will go. There is a lot of money at stake here. … You would be very, very smart to retain counsel that has versatility and knowledge in these areas," Kishner told Law360 this week.

Blast From the Past

Judge's pursuit has drawn renewed attention to a potentially salient legal dispute from two decades ago, when two men claimed to be the rightful owner of the 73rd home run ball hit by Barry Bonds in the last game of the 2001 regular season, which remains the MLB single-season mark.

The case, Popov v. Hayashi, has become a fixture of property law in the sports context in the ensuing years, according to Marc Edelman, an attorney and tenured professor at Baruch College's Zicklin School of Business.

"The Popov case gets a lot of attention in property law textbooks and from property law professors because it takes a new twist on an issue that has been ongoing for a hundred years, in terms of who has the right to a chattel: the party that is chasing it, or the party that captures it," Edelman told Law360.

But the lower California court judge overseeing the case didn't award the ball to Alex Popov, who claimed to have caught Bonds' ball when it flew into the stands, or Patrick Hayashi, who emerged with the ball after a chaotic scrum. Instead, the men were ruled to have an equal claim and were ordered to split proceeds from the ball's sale.

Edelman noted that it's unlikely the Popov decision would have direct bearing on any dispute over a record homer from Judge, as the case was both highly fact-specific and was decided in California state court, thus not binding on any other jurisdiction.

Room for MLB to Step Up

Still, the shadow of the lawsuit has raised questions among academics about steps baseball could take to mitigate such ugly disputes from marring what it considers to be a historic moment for the game.

Balls used in Major League Baseball games begin their lives as property of MLB, and are clearly marked as such. The league has not enforced its right to those balls as a matter of custom, allowing fans to keep home run and foul balls.

A change to that policy is unlikely, but Brooklyn Law School professor Jodi Balsam said MLB could assert its ownership of the ball in special circumstances like Judge's to assure a sense of order in the ballpark, citing not only legal disputes over the ball but potential tort actions from fans injured in a melee to retrieve it.

"Major League Baseball can clear up that ownership issue from the get-go and announce, 'By entering my stadium, using this ticket contract, you are agreeing that any ball that winds its way into the stands remains the property of Major League Baseball and you will turn it over to an usher upon request,'" Balsam said. "They could very easily put that into their ticket contracts."

Balsam acknowledged that such a move would be very unpopular, eliminating one of the unique perks of attending a baseball game.

Angela Smedley, a sports litigation partner at Winston & Strawn LLP, noted that MLB could also find itself back in possession of the Judge ball if another case with a similar fact pattern should pop up in New York, where MLB is headquartered, or Texas, where Judge set the record.

Laws in those states require that the owner of a piece of property needs to express an intention to abandon it, which MLB has not expressly done, she said.

"Although it has been custom for Major League Baseball to let fans keep the ball, it is possible that in a particularly sticky situation where equitable relief is sought, that a court would say, 'It's not even clear that this ball was legally abandoned, and so we leave it up to the MLB to decide who is the lawful possessor of the baseball.'"

Judge's 62nd home run appeared on the television broadcast to be caught cleanly by a single fan without much dispute, but the Yankees have one more game in which Judge could extend his mark.

A potential sale of a historic ball presents its own legal issues, starting first with the process of authenticating the ball in question.

Advances in technology have improved this process when compared with decades past, as MLB has already begun swapping standard baseballs for specially marked ones for Judge's plate appearances. The number and quality of cameras recording baseball games could also make it easier to prove to a buyer that they are indeed the person who came away with the special souvenir.

"I would be very clear in establishing my possession of that ball and I would be showing it to the entire stadium and doing whatever it takes," Herrick Feinstein's Kishner said. "The technology today is far better, what they can see from every particular vantage point."

Assuming the ball is properly authenticated, fans without experience in selling costly merchandise would do well to hire counsel to navigate thorny issues relating to auction house or commission fees and transfer of title, attorneys said.

There are also legal questions to consider about securing the ball as a precious financial asset, namely whether it should be placed in a trust, an LLC, or some other means of financial protection.

Gallet Dreyer & Berkey LLP partner Asher Rubinstein said that if the owner of the ball is concerned about creditors or litigators laying a claim to it in the future, the owner should consider an asset protection trust.

"The trustee would own the asset and custody the asset for the benefit of the beneficiaries of the trust, which could be, for example, the owner's children," Rubinstein said. "Another possibility is a family limited partnership to own the ball, and the FLP should be established in a state with good asset protection statutes that would make it difficult for a creditor to get to the asset."

Rubinstein further noted that the sale of the ball could pose a hefty tax burden, and that determining the tax "basis" for the ball, or the value of the item when the seller acquired it, would be crucial to figuring out how much a seller might owe the government. If the IRS were to say that the ball was just a normal piece of equipment when a person in the stands caught it, it would ostensibly tax the entire sale price.

"I would argue, however, that when the person in the stands caught the home run ball, the ball had value. Not the $4 cost of a new baseball, but rather the value of the ball as a record-breaking ball and collectible," Rubinstein said. "There would be a back and forth with the IRS about it. If it went to trial, there would be experts who would testify about that value."

So as the baseball world’s eyes remain fixed on Judge and the Yankees, who finish the regular season Wednesday in Texas, much of the sports law world will be curiously monitoring what comes next.

*Since this article went to press, the value of the 62nd home run ball has been estimated at more than $2 million, based upon an auction house offer for that amount, which makes the tax consequences all the more compelling.