When A Marriage Ends, Who Gets The Pets? A Recent Statutory Amendment In New York May Make It More Complicated For Courts To Decide

When a couple separates, a common concern is who will get to keep the pets.  Companion animals occupy a special status within society; pet owners frequently endow them with human traits, considering them to be full-fledged members of the family, almost akin to children, not just “the dog” or “the cat.”[1]  The quality of treatment that many pets receive reflects this special status, with guardians spending untold amounts to make sure their companion animals are well cared for, providing them with gourmet food, first-rate veterinarian care, health insurance, and comfortable living accommodations, which can even include time in the country to frolic outside at day camps.

Precisely because pets are so deeply loved and regarded as part of the family, when marriages end and couples confront the task of dividing up their possessions, it can be particularly daunting and emotionally taxing for them to decide what will happen with their beloved pets – some parallels can even be drawn to concerns that parents have when navigating child custody.  Should one party receive sole custody of the pet?  Would it be better to negotiate a schedule so that the parties can both continue to enjoy time with the pet?  How should the financial responsibilities for the pet(s) be allocated?  These questions do not have easy or straightforward answers and can raise a multitude of considerations.  One factor complicating such discussions has been that pets were historically considered to be property under New York State law, with the courts treating them simply as chattel to be divided between divorcing spouses in the same manner as household furnishings or cars, rather than as sentient animals which one party might be better equipped to care for than the other.

Until recently, in cases in which couples were unable to resolve possession of pets through negotiation, courts tasked with deciding whom a companion animal should reside with have grappled with how best to identify and weigh the respective interests of pets and their owners.  In 1999, the New York Supreme Court, Appellate Division, First Department articulated a new “best for all concerned” standard in a short decision issued in Raymond v. Lachmann,[2] which involved a dispute over the ownership of a 10-year-old cat named Lovey.  Nearly 15 years later, in Travis v. Murray,[3] now-retired Justice Matthew F. Cooper, who sat in the matrimonial part of the New York County Supreme Court, issued a lengthy decision detailing the history of pet possession in New York and other states and considering whether a “best interests [of the pet]” standard – akin to the “best interests of the child” standard in child custody cases – should instead be applied when deciding whom to award possession of a pet to at the end of a relationship.  In analyzing whether the child custody standard should be applied to pets, Justice Cooper concluded that “the wholesale application of the practices and principles associated with child custody cases to dog custody cases is unworkable and unwarranted.”[4]  This is so, he opined, because “it is impossible to truly determine what is in a dog’s best interest,” and because child custody cases very often involve “the appointment of an attorney for the children; the appointment of a forensic psychiatrist or psychologist to evaluate the children and the parties as well as to conduct collateral interviews with teachers, child care providers, pediatricians and the like; the taking of extended testimony, both from lay and expert witnesses; and the court hearing from the children themselves in an in camera proceeding.”[5]  Justice Cooper’s decision sought to strike a balance between the evolving societal values surrounding family pets and basic practical considerations, ultimately concluding that the appropriate standard to use for pets is “best for all concerned,” and that a judicial award of possession should not provide for either visitation or joint custody: “[O]ur judicial system cannot extend to dog owners the same time and resources that parents are entitled to in child custody proceedings” because “dogs, as wonderful as they are, simply do not rise to the same level of importance [as children].”[6]

In late 2021, the New York State legislature weighed in on the issue of pet custody in matrimonial actions, amending the statute which governs the “equitable distribution” of marital property.  That statute now directs that “in awarding the possession of a companion animal, the court shall consider the best interest of such animal.”[7]  (Emphasis added.)  Although it is too soon to know exactly how this new section will impact pet custody litigation (no decisions applying the new statute have been reported as yet), it is clear the courts will now be faced with the tricky responsibility of molding the “best interest” child custody standard to the pet custody context, despite the myriad challenges presented by this task.

Separating couples who prefer to avoid the uncertainty and expense of court-determined pet “custody” outcomes may, of course, continue to work with each other and their respective attorneys to negotiate settlements of their disputes over companion animals.  In these settlements, parties can be as detailed or general as they wish in fashioning custody arrangements that work for them and their pet(s).

Our Matrimonial and Family Law attorneys are here to assist you with your pet custody questions and concerns.

[1]           “Companion animal” or “pet” are defined in section 350 of the New York Agriculture and Markets Law to “mean[] any dog or cat, and shall also mean any other domesticated animal normally maintained in or near the household of the owner or person who cares for such other domesticated animal.  ‘Pet’ or ‘companion animal’ shall not include a ‘farm animal’ as defined in th[e] section.” 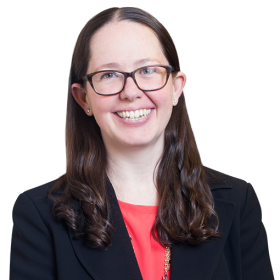