Private Lease On Public Land—Oh, What A Mess 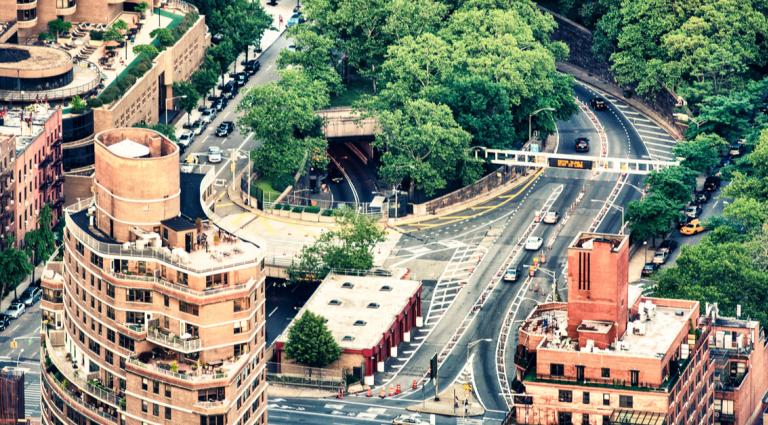 In a recent decision, an appellate court in Manhattan packed a lot of important information about public and private mechanic’s liens into one small paragraph. Let’s see if we can unpack it all here.

The Port Authority of New York and New Jersey leased publicly owned land at JFK International Airport to Flight Center Hotels LLC (“Developer”) to develop the TWA Hotel at the airport. Hotel hired Turner Construction Corp. (“Turner”) to act as general contractor. Turner then hired JPR Mechanical (“JPR”) to perform the HVAC work. JPR, in turn, subcontracted the insulation portion of the HVAC work to Hailey Insulation Corp. (“Hailey”). Let’s use the metaphor of a “stream,” with the Owner upstream and the sub-subcontractors way downstream.

After a time, JPR filed for bankruptcy, owing Hailey a lot of money. Hailey had to consider a number of options for how to collect the sums due to it. Since JPR was in bankruptcy (and any actions taken against JPR were “stayed” under the automatic stay provisions of the Bankruptcy Code), Hailey had to think out of the box.

The first option was to file a mechanics lien. A lien is not concerned with “privity of contract” (i.e., the party with whom you signed the contract) and can be filed against either the property itself (if it is a private improvement) or against any funds due to the general contractor or the subcontractor (if it is a public improvement). But was this Hotel project a private or a public improvement? The land was public, but the financing for the Hotel came from private sources, not the municipality.

Settled law holds that one can file neither a public improvement lien nor a private improvement lien in this hybrid situation--where there is a privately financed leasehold on public land. So Hailey was not able to file a lien.

The second option was to explore other remedies contained in the Lien Law. Article 3A of the Lien Law makes moneys on a New York construction project “trust funds” in the hands of the person receiving the funds, even if the land is owned by the Port Authority. So Hailey sued Turner (the GC) and Developer, claiming that they were trustees which diverted trust funds intended for Hailey. Developer moved to dismiss at the beginning of the suit, arguing that it was not a trustee.

Here’s where it gets really complicated. Article 3A creates a series of downstream trusts. An owner obtaining construction financing from a lender is a trustee--the funds received must be used to pay the contractor/designer hired by the owner as beneficiaries of the owner’s trust. The contractor must, in turn, use this money to pay its subcontractors, materialmen, and its laborers, who are beneficiaries of the contractor’s trust. And so on downstream. The trustee cannot use the funds to pay itself, or for any non-job use, until all beneficiaries, present and in the future, are paid. A trustee’s misuse of trust funds can subject it to personal liability and can be a crime (larceny).

Hailey contended that Developer, because it was receiving funds from a lender, was an owner trustee and that it was a beneficiary of that trust

But this job was different, Developer was a lessee using private funding to finance this project. Could the lessee/Developer be considered an owner? The court, citing other similar cases, held that it could be considered an owner. Here, the court was aided by the Lien Law’s own definition of owner, which includes “lessee.” So, Developer could be found to be an owner on that basis alone.

But there was an easier way to hold the Developer was a trustee. The Lien Law definition of “contractor” includes anyone who contracts with an owner. So where the Port Authority was the owner, Developer could be considered a trustee as a “contractor.” Developer argued that Turner was the one and only “contractor” on the project and that Turner did all the construction and supervision on the project. But the court found that just because Turner was a contractor trustee did not preclude the possibility that Developer was also a contractor trustee under the definition of “contractor” in the Lien Law.

Thus, the court, without getting into the merits of the case itself, held that Hailey had properly alleged Developer was a trustee of trust funds intended for downstream “beneficiaries” which performed work, labor and services on the project. The court, therefore, denied Developer’s motion to dismiss the complaint.

Hailey faces difficulties in pursuing its complaint. Just because Developer is a trustee does not mean that Hailey is a beneficiary of the Developer’s trust. Turner and JPR were each downstream and successively above Hailey. A trustee only has a duty to those below who are in privity of contract with the trustee, or to whom the trustee is obligated. Hailey will face other difficulties as well.

So, all in all, this is a complicated case involving esoteric legal issues which may ultimately result in no recovery. We’ll keep you posted.